Before you go, check this out!

We have lots more on the site to show you. You've only seen one page. Check out this post which is one of the most popular of all time.

Alligators are one of the most dangerous and large wild animals located in the United States.

An average adult alligator weighs around 800 pounds and its length is around 12 feet. Seeing a wild creature of this size for the first time sounds scary and will frighten many people.

However, from the experiences of many, it seems that most of the encounters with this reptile are peaceful and not so dangerous.

But, what would you do if you, unfortunately, encounter an alligator? How fast can Alligator run on land? Can you outrun an alligator?

Alligators don’t like to run on land and they rarely hunt on land!

An average adult Alligator can run as fast as 20mph (32 km/h) on land. However, they don’t like to run for long distances but they can be dangerous for a short distance.

Usually in most cases, if you bump into an Alligator then won’t chase you and they don’t like to chase their prey on land too.

As said earlier, Alligators hate running and the speed of the alligator on land depends on several elements such as the weight of the alligator, climate, temperature, and also the terrain.

If you want to keep Alligators away from your home surroundings make sure to check out our article – Best Ways to Keep Alligators Away!

How fast can an Alligator run on Land?

There are only two living species of Alligator on our planet however there are several extinct species in the Alligatoridae family.

In the United States, you will find only American Alligators. There are around 5 million alligators in the U.S. out of which 1.3 million are found in Florida itself.

Alligator is a cold-blooded animal and the maximum speed at which it can run depends on various factors. The most prominent factor is climate, temperature, age, terrain, and health status of the reptile.

As they are cold-blooded they don’t prefer to run in a cold atmosphere and they behave sluggishly.

Young and small alligators are not that strong enough and cannot run as quickly. On the other hand, an adult alligator can run pretty quickly if the conditions are favorable.

They are not meant to run on land for long-distance and they get tired pretty quickly. However, they can be deadly at shorter distances and can accelerate toward you very quickly.

Alligators prefer swimming in water rather than running on dry land. They are not capable of running on dry surfaces for longer distances and they run only for a few hundred feet.

They catch their prey in the water within one attack and very rarely they chase their prey on land. They avoid running on land until and unless it’s a very critical situation for them such as running away from threats and defending their nest.

If you see an Alligator never approach it as it can be deadly in short range. They are very unpredictable and can attack you assuming you as a threat to them.

Even if you are 15-20 feet away from an adult Alligator you are not safe. Within seconds it can sprint towards you before you can even react!

As we know that humans are the weakest living beings on planet earth. However, humans rule the earth using their brains.

So, if there is a situation in which we need to fight any animal 1 v/s 1, we will be crushed. Humans possess various cognitive abilities such as planning and reasoning abilities which are not seen in any other animal!

Many people living in the United States are worried about alligators getting into their backyards and pool. I use this Nature’s Mace Repellant which I got for cheap.

It is a Snake repellant but it works wonders for even keeping alligators out of the backyard. 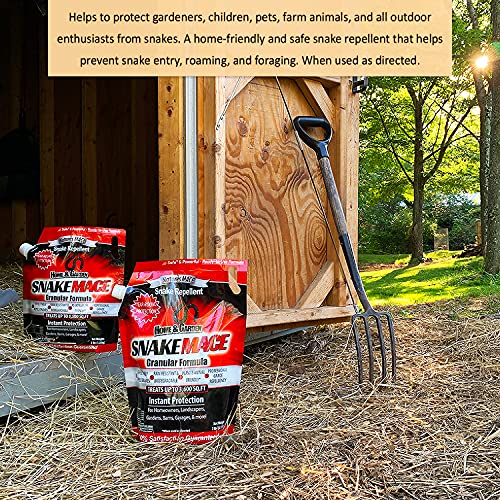 Can you Outrun an Alligator?

A study conducted in the year 2010, based on 10,000 runners in the United States showed the average minutes per mile for runners of different ages and gender.

Men in the range of 18-22 completed the 5Km run with an average pace of 9:34 whereas women of the same age completed the run with a pace of 12:08. As the age group increased the average running time also gradually increased.

All these numbers and statistics are from long-distance runs and Alligators won’t chase you for miles as they get tired pretty quickly. So, looking at the data for shorter distances will be much more reliable and precise.

The maximum running speed recorded is 27.8 mph which was achieved by Usain Bolt in the year 2009.

As said earlier, Alligators rarely hunt on land and very rarely attack humans on land. But, if you get too close to them or their nest thinking you as a danger they can attack you.

In short-range Alligators can sprint much quicker than humans. They can bite you within seconds and you won’t even have time to react!

. But, the actual answer is running zig-zag will make you slower and rather increase the chances of being caught.

Running in a zig-zag manner will indeed reduce the distance between you and Alligator and that’s not what we want.

So, the best advice which I would like to give you is to keep running in a straight line.

So, in most cases, if the conditions are favorable we can assume that you have a high probability of running faster than an Alligator. Hence, we can conclude that humans can outrun Alligators!

Can you Outswim an Alligator?

Evolution has done its job very well of who thrives in water and who thrives on land. On land, humans have high chances of outrunning an Alligator whereas in water it’s the opposite.

Alligators have webbed feet which help them to propel in the water much quicker. Our small fingers are meant to hold objects rather than help us swim in the water.

Along with this, Alligators are much more strong and sleeker than humans in the water.

Alligators swim in water at an average speed of 20mph which is faster than their speed on land.

So, the conclusion is that you can outrun an Alligator on land but cannot outswim it even if you are the best swimmer on the planet!

Climbing is a very common behavior of Alligators thus a new study in Herpetology notes confirms. This study also shows a photo of an  American Alligator who climbed on a branch of a tree.

Also, there are incidents where the Alligators escaped the zoo by climbing on the tree and then the barrier.

According to CBS12 News, a man located in Cape Coral, Florida saw an Alligator relaxing on the top of the tree and also clicked a picture of it. Alligators are not meant to climb trees but they have been seen climbing fences of 6-8 feet.

If the tree is at an appropriate angle with tree hollows for support to climb then there is a chance that Alligators may climb trees. Also, there are reports where these reptiles have been seen on trees as high as 30 feet!

How high can an Alligator jump?

Alligators can swim, run, as well as jump and it is pretty difficult for their prey to escape from them. Alligators can jump as high as 6 feet from the state of rest.

Alligators mostly jump to catch big animals like deer and wildebeest and they directly attack their neck and try to drag them into the water.

From the state of rest, Alligators have been spotted jumping more than 8 feet also to catch their prey.

So, if you live in the southeastern part of the United States where Alligators are found commonly there’s a high probability that you will encounter one. It’s better to know what to do in such situations rather than panicking and being scared.

As said before, Gators don’t like to chase their prey on land, and very rarely do they run on dry land. So, there are greater chances that they will not harm you until and unless you get too close to them or their nest.

They can attack you thinking you as a threat to their lives if you approach them.

So, a piece of advice I would like to give you is that just move away from these reptiles quietly and they won’t harm you.

The maximum speed at which Alligators run is around 20 mph but usually, they run at 10-12 mph. Also, the speed of this animal depends on several factors such as age, health status, as well as climate.

They don’t prefer running in a cold atmosphere as they are cold-blooded and they behave pretty sluggish.

An adult human run at an average speed of 20mph which is 30% more than that of Gators.

Hence, humans can easily outrun any Alligator. Also, these big guys became tired pretty quickly and can long run for a few miles.

Although you can outrun an Alligator on land it’s physically impossible for any human to outswim an Alligator in water.

Don’t even try to run in a zig-zag manner if you are being chased by a gator as this will lead to a reduction in your speed and the distance between you and Alligator will be reduced.

Alligators are very powerful and sleek not only in water but also on land. In a short range, they can surprisingly quick and can take you by surprise. So, don’t approach them and never get too close to any Alligator!

I spend each darn end of the week taking a shot at home tasks and trimming down the “nectar do” list. This is where I share the majority of the undertakings I’ve done and things I’m learning.

Installing smart home devices in your house thoroughly changes the entire appearance and feel of it. TP-Link smart devices are one of the best available addition to your world of smart homes. Whether...

We bring you some of the best motorized and integrated Valve controlled, including the LeakSmart and Moen.A leaky tap or damaged pipe and faulty appliance can create an immense menace to your...

Enter Your Email and Get a Chance to Win Free Smart Home Makeover Worth $150,000!